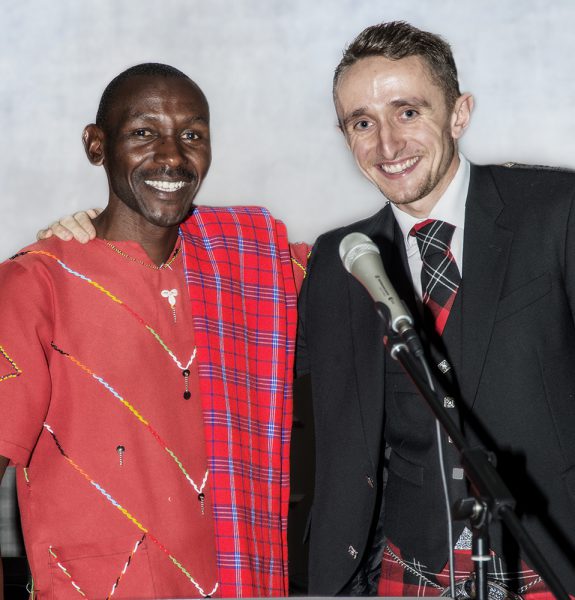 Thank you to everybody that attended, donated prizes and helped out at our inaugural charity dinner in 2015 which raised an incredible £42,000. The total included an extremely generous donation of £15,000 match funding from a donor who wishes to remain anonymous.

This enabled us to make truly life changing differences to the 174 children we supported at that point as well as being able to grow our support to include many more.

With the funds we have expanded the Pavilion Village children’s home in Karatina to accommodate more children (this was done by our group of 51 volunteers and Stewart Milne staff in October 2015), installed a sit down toilet, shower facility and study area as well as re-surfacing the dangerous floor. Some of the children were stuck between secondary school and college due to a lack of fees – thanks to this, they were able to attend college. Warm blankets, new stationery, clothing, cutlery, cooking utensils, a washing machine and a fridge were also bought for the home.

We were able to purchase cows, chickens and goats for several families in Iten and Kitale and ensure their children got back into school. The dinner also enabled us to purchase new equipment and uniform for the Chaka Youth Football Project as well as creating educational opportunities for several of the children. Children such as Joseph Mwangi, Naomi Watare, Grace Nyakai and many others who you may have read about through our posts were able to sleep easier in the knowledge that their futures were secure and full of opportunity and we purchased desks for a school in Sipiri who were previously learning on the floor.

We were hugely honoured to be able to present our first Neil Jaffrey Award to a local child in need from Aberdeen; Matthew James Dyer who suffers from quadriplegic cerebral palsy. The money bought a custom built tricycle for him to enjoy outdoor activities with his parents, Luke and Mel as well as helping them to attending 6 sessions at the Craighalbert Centre in Cumbernauld.

Thank you to Creative Video Scotland for their fantastic video which was shown on the night and for filming the dinner itself. We would also like to thank Wikkerman Photography for taking pictures on the night.

Thank you from the bottom of our hearts for helping us give kids in Kenya a chance.