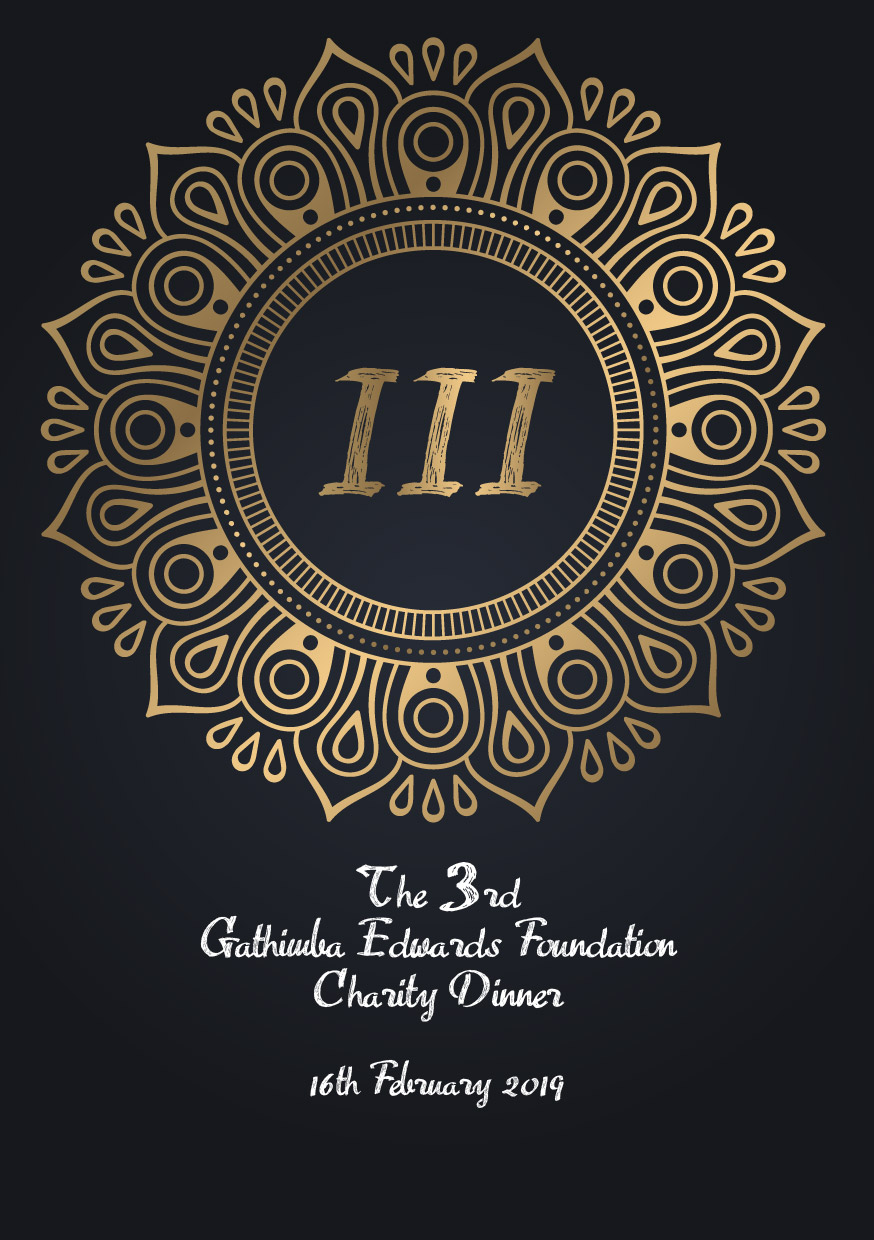 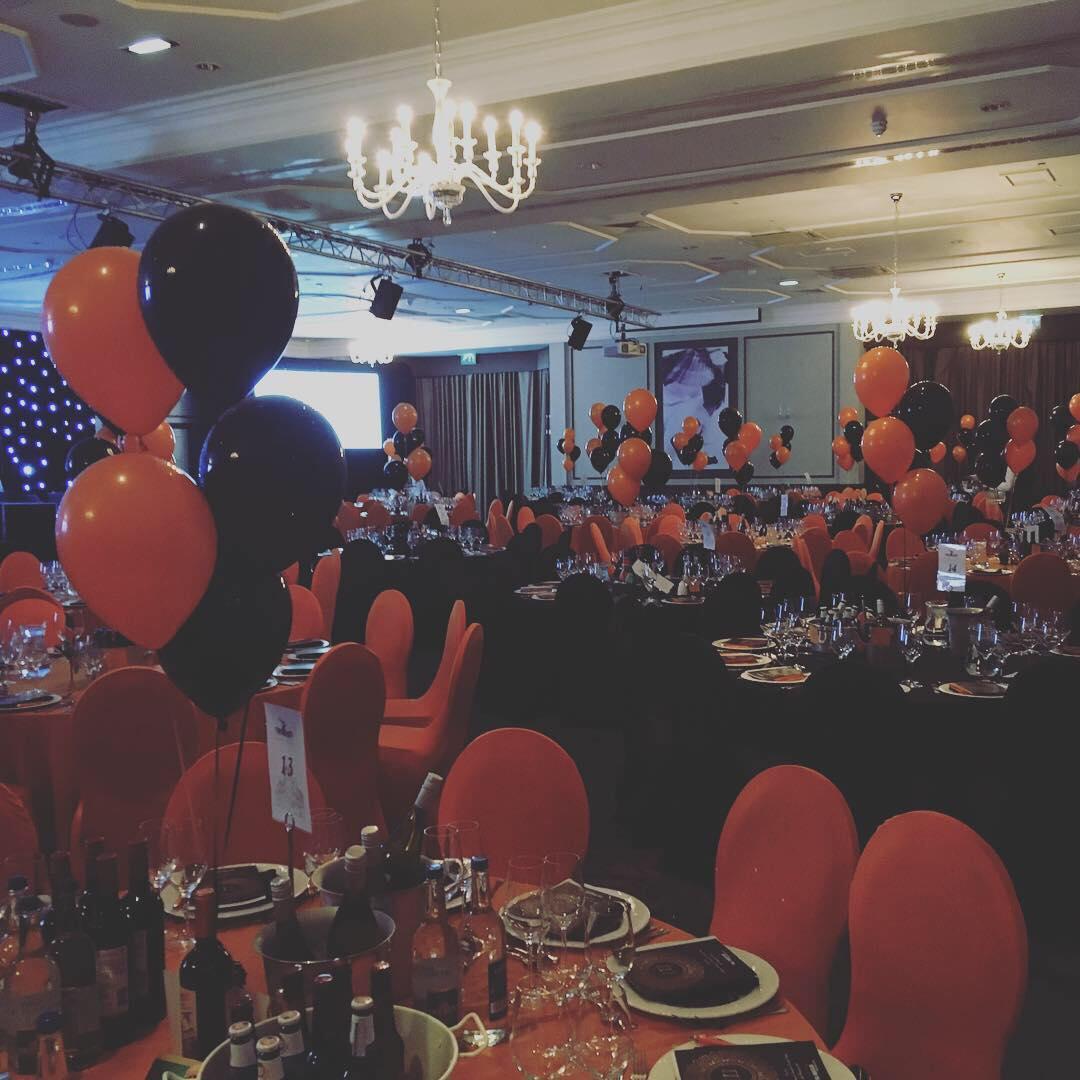 Thanks to the sponsors, volunteers and 400 guests who made this possible we are going to be able to:

– Start 32 businesses for families in Kenya

– In addition to the 300 children we are currently supporting through school/further education in Kenya, we will reduce the number of those on our waiting list for support (currently 99)

– Make a £2,500 contribution to the Neil Jaffrey Award that this year aims to build a specialist sensory outdoor play area and also provide equipment for little Evie and her family in Aberdeenshire. This brings us to within £3,039 of the £10,000 required.  More info and donation link for Evie is here – https://www.totalgiving.co.uk/mypage/Evie-outdoor-play

An incredible £50,657 was raised on the night bringing the total raised at our three GEF dinners to a whopping £141,957!

All of this incredible support from so many people means that more children in this world will wake up tomorrow with more hope. For that, we, the children of Kenya and our little hero Evie are forever grateful.

Guest speakers in attendance were:

Brother Colm O’Connell arrived in Iten, Kenya from Ireland as a missionary in 1976 and taught geography at St Patricks Boys Secondary School. Early on, he was asked to help out on the running track, and discovered a passion that has lasted to this day. What happened next is now the stuff of legend! Under Colm’s guidance, 37 Olympians and 18 Olympic or World Championship medal winners would emerge from this tiny school, including the current 800 metre world record holder David Rudisha.  Brother Colm spoke about the importance of focus and determination when striving for your goals as well as not being put off by the magnitude of challenges; instead focusing on small steps along the way to making the world a better place.

Mary Waithera motivated guests with her story of how international sponsorship gave her the opportunity of an education following the passing of her mother to cancer when Mary was 12 years old. Her determination in the face of many of other challenges meant she went on to gain a BSc in Communications & Public Relations from one of Kenya’s top universities, record several songs as a music artist.  She also surprised guests with a rendition of ‘Don’t Worry, Be Happy’ which was her mum’s favourite song.

Co-founder of GEF, Kenyan international athlete and former 4 x 1,500m relay world record holder, Gideon Gathimba told his life story starting with challenges he had as a child in a family which struggled to feed and educate him and his siblings.  He then went on to explain how athletics changed his life and why he is so committed to giving children the same chances he had to further his life and that of his family.

Sadly the UK government did not grant David Sagida the visa to fly to speak at the dinner but David appeared via video to share his humbling life story. From being left homeless by political violence as a child, David’s perseverance and attitude has seen him become one of the most respected members of his community and a central part of GEF’s work through his role as our Operations Manager in Iten, Kenya. David spoke about how your support has assisted him and his family through some challenging times bringing up their son Daniel who at 2 months old was paralysed from the neck down as a result of meningitis.  He also shared insight on the impact your support has had on the lives of the other children we support and why he is so passionate about giving them the best chance in life.

Chair of Parkrun UK and former 5,000m world record holder Dave Moorcroft once again kindly and excellently compered the evening’s proceedings. Dave and his wife Linda have become part of the GEF family and we are so grateful for their support.

A special thank you to Westhill & District Roundtable for once again sponsoring our Neil Jaffrey Local Child in Need Award.  £2,500 from the dinner will go to helping Evie, who suffers from cerebral palsy, severe dystonia and resistant epilepsy which brings huge challenges to her and her family.

We have had the pleasure of getting to know them over the past few months. The love, patience, happiness and reluctance to ask anyone for help humbled and inspired us to do something to make their lives a little easier.

We want to focus on areas of Evie’s life that we can have a positive impact on right now as many other areas such as her seating are so complex it is going to take time to find the right solution.

The targeted £10,000 will go towards a contribution to the outdoor play facility which we aim to build at their home.  Not only Evie will love this but so will her little brother Jake. This is so important to the family as getting out and about is immensely difficult due to Evie’s seating issues and the fact it takes both her parents to travel for safety. Being able to have fun in their own home and garden without having to travel will have the biggest impact.  It breaks their hearts to see Evie’s little brother missing out on so much due to their travel issues and the time dedicated to Evie’s day to day care.

Evie’s dad Craig spoke brilliantly on the night to express how incredibly grateful they are for the support, Donations can be made via the Total Giving page.

Alan Brown was the recipient of our Special Contribution Award in 2017 and this time shared a wonderful poem about GEF. Alan is a true force of nature who has raised colossal amounts for GEF through coming to Kenya 5 times, organising events, sponsoring children, doing crazy challenges such as running 115 miles in 7 days, selling raffle tickets and much more.

This time around Alan presented the award and 2 handmade (by David Mackay) bird house trophies to two very deserving winners.  It has become an almost impossible task to single out special contributions when so many people are doing so much for our children. We have people running multiple marathons across the Sahara dessert, volunteering multiple hours per week, cycling hundreds of miles whilst climbing mountains in between, sponsoring several children, building houses in Kenya year in year out and raising thousands of pounds in the process.  However, tonight we presented the special contribution to two legends of GEF.

Dan Mulhare was the one who invited Myles out to train in Kenya for the first time back in 2011 and he has been an ever-present support to our fundraising since the beginning.  He planned and project managed a challenging first building trip where we had 52 amazing volunteers from outside of Kenya build a 16 bed dormitory and 3 bedroom house and then did the same for our 2016 building trip which saw us complete 5 houses in 9 days across 5 different locations. As a trustee of the foundation he is also involved in the day to day discussions about various initiatives and issues.

Darren Cocker first became involved with the foundation as part of that initial trip in 2015 when he came over to Kenya along with 18 of his colleagues from Stewart Milne.  He was a central part of the 16 bed dormitory construction at the Pavilion Village children’s home and immediately began volunteering his expertise in many ways once returning home from Kenya.  He has been on every building trip since, site managing one of the 5 building sites in 2016 and planning and project managing the 2017, 2018 and 2019 building trips.

Between them, Dan and Darren have built 15 houses for over 80 children.

Thank you to Pete Preston for DJ-ing at the end of the fundraising activities and supplying the DJ decks free of charge.  Pete was a successful DJ for many years but now runs www.oneofmypals.com which offers web design, SEO, re-branding and marketing services.

Ardoe House Hotel & Spa, Aberdeen, thank you for hosting this event for the 3rd year and for giving us amazing support in so many ways.