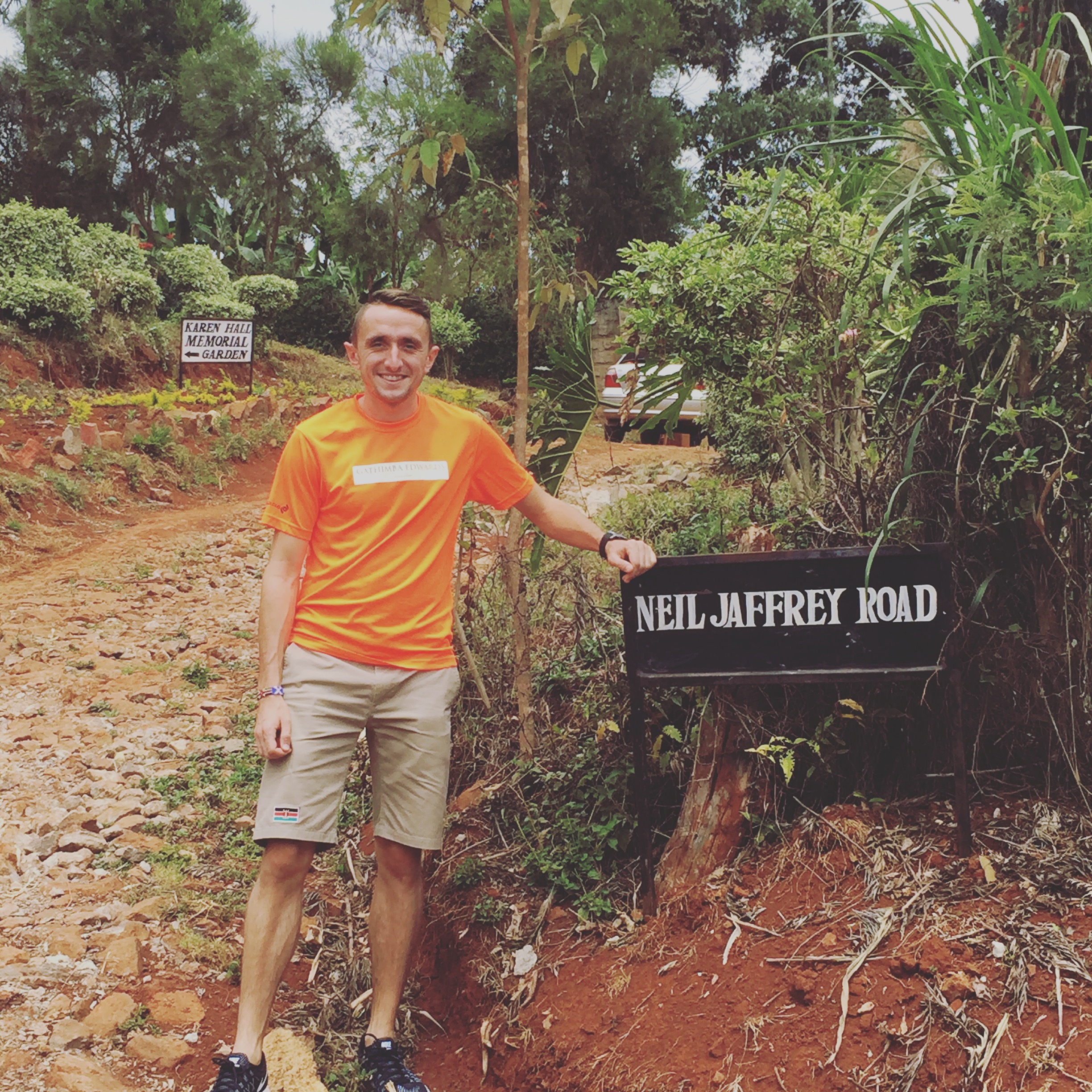 Myles is responsible for managing our fundraising activities in the UK and overseeing operations in Kenya. He leads the team and together they ensure that all of our work is aligned with the vision, mission, values and objectives set by our Trustees.

I never set out in life with the goal of setting up a charity but my parents always stressed to me the importance of helping others and followed by example themselves in their chosen careers as a Social Worker/Psychotherapist and Road Safety Engineer as well as out with work in counselling and coaching capacities.  My Dad regularly said that if you come across an opportunity to help someone in life, you must do so as the opportunity may not come past a second time.

Gideon Gathimba and I first met racing in a 1 mile running event which was organised for the opening of Aberdeen Sports Village in 2009. We became great friends and I spent many weeks living and training with him in Kenya. It was there that I visited the Pavilion Village children’s home in Karatina, which at the time was home to 22 children – most of whom have either been abandoned or abused by their biological parents or lost them due to HIV, and run by Gideon’s good friends Pastor John Murage and his Wife, Agnes who both worked tirelessly to provide food, shelter, clothing and education for the children.

This provided the catalyst for us to establish the Gathimba Edwards Foundation, a charity with the overall aim to give disadvantaged children in Kenya the support and opportunities which so many in the developed world take for granted.

There is still a huge amount to be done but together I believe we can open doors and create opportunities that will transform the lives of so many children.