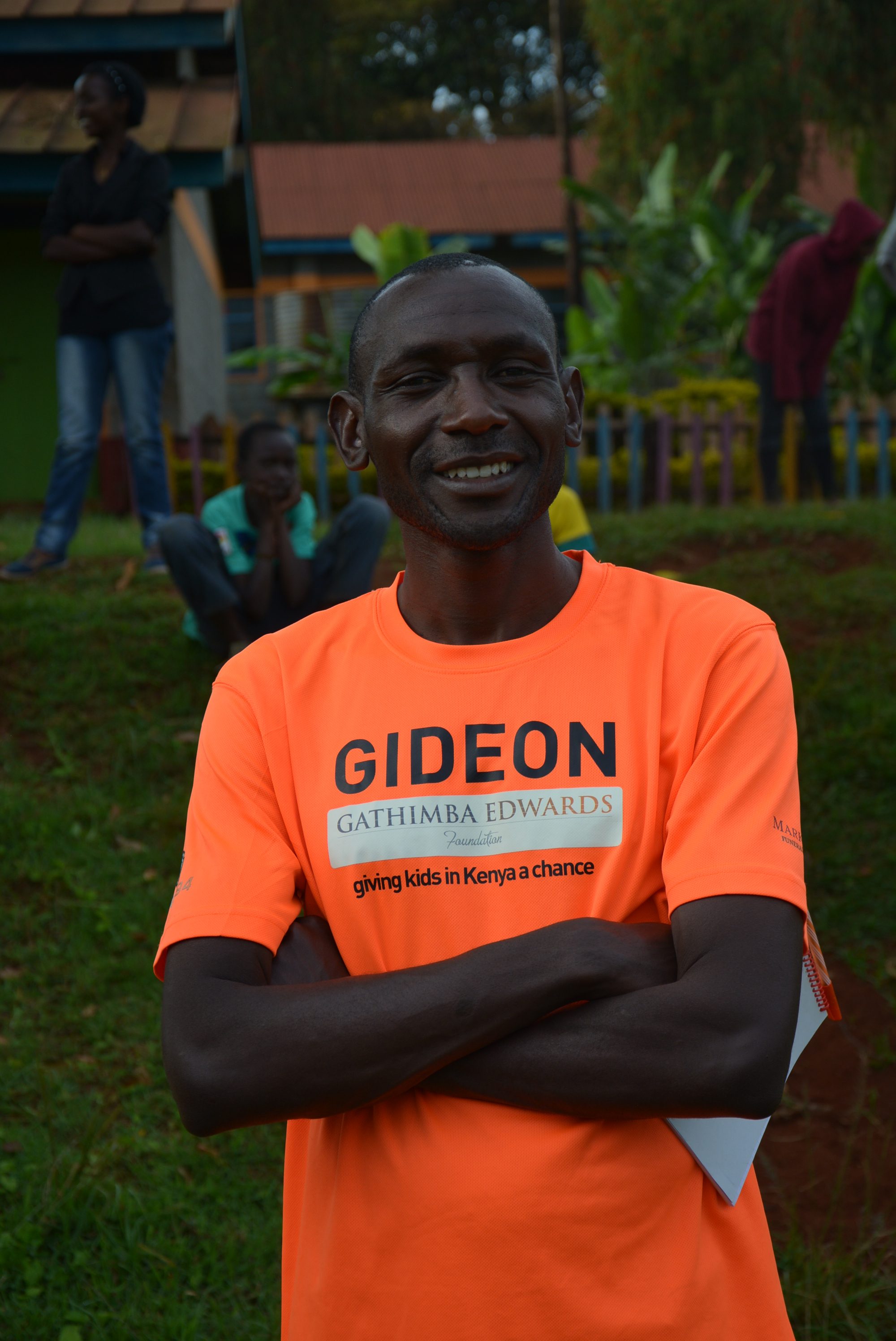 Managing our operations on the ground in Kenya, Gideon is regularly driving all over the country to ensure the children have all they need and that everything is running smoothly in line with our high standards.

I was not lucky to be brought up in a well off family and during my early years my parents could not afford two meals in a day. I worked hard in school and as a runner to change the situation.

I ran to national level and that opened the door for me to represent the Kenyan national team in 2007 at the All-Africa Games. I could see my dream coming true as I attended several Diamond League races in Europe and was part of the Kenyan team which broke the 4 x 1500m world record.

In 2009 when I attended a mile race for the opening of Aberdeen Sports Village, I met Myles Edwards and we became good friends. Later he came to train with me in Kenya and we toured central region and in particular visited the Pavilion Village children’s home. When we both realised the challenges the home were enduring such as having only one meal in a day, no electricity or proper mattresses and poor quality shoes and clothing, we came up with the idea of setting up a charity to help them and other less fortunate kids.

We have already seen the fruits as not just all the children at Pavilion Village are back in school or have even joined university but we have also enabled hundreds of children in other regions of Kenya to attend school, live in safe housing and provide their families with their own source of income.

We hope that in the future we will do more.