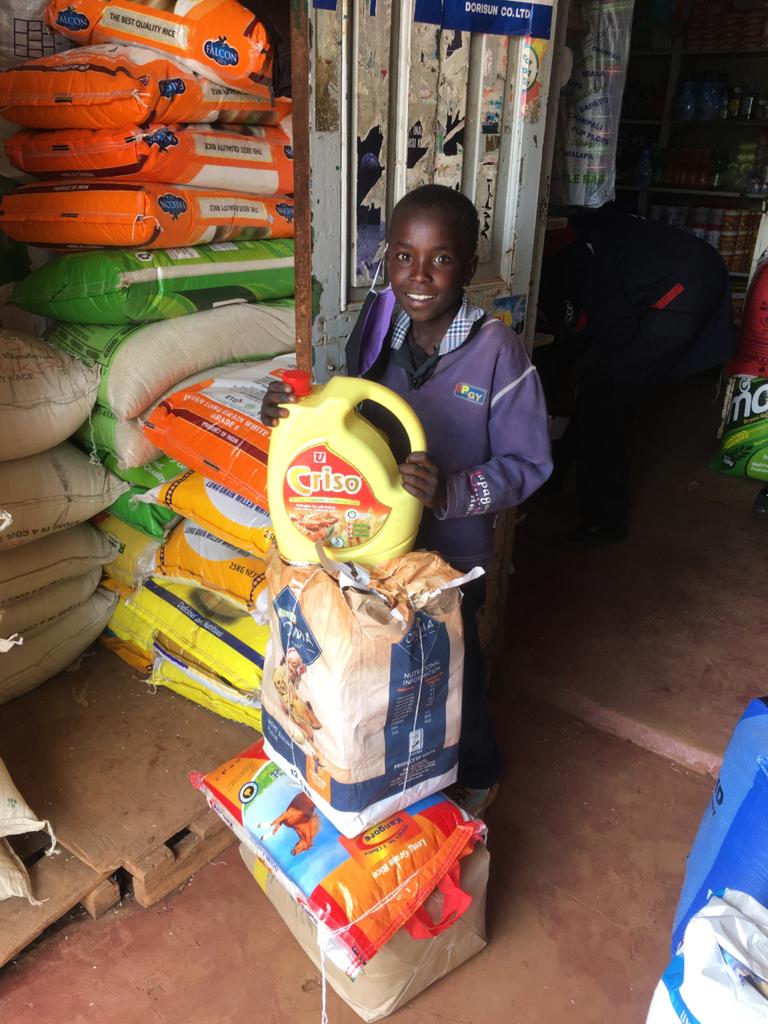 Isaac and his family were living in the most cramped conditions we have seen, a 3×3 metre single room mud hut by the side of a road.  Prior to his birth his mum and older siblings had lived in the forest but were evicted by the Government and then put on a waiting list for a piece of land they could call their own.  When their turn came, shockingly, the local area Chief stole their land and gave it to his son, leaving the family to build the small mud house by the roadside which they ended up living in for 11 years.

GEF ambassador Bethwell Birgen spotted the family’s desperate situation whilst out on a training run and stopped to find out more.  He informed GEF about their struggles and in July 2018, with a group of local and international volunteers, we were able to build the family a 3-bedroom house in Iten.  Thanks to his sponsor Margo, who was part of the house building team, Isaac is now enjoying life as a primary school pupil and dreams one day of becoming a Policeman.