Little Peter was born in 2010 but the date is unknown. Peter was left by his mother just after he was born and has since been cared for by his Grandmother. They have not seen or heard from his mother since, so Peter has never know his mum.

They have been living in a very small home in poor conditions with another of her grandchildren and a great grandchild. Peter’s Grandmother was not able to afford to send Peter to school, they survived only off the food they grew in their own backyard.

Peter’s life has now been changed courtesy of sponsorship Peter and Lynn from the Aberdeen Running and Movement School. He is a much happier boy, now always smiling and playing football. He attends school full time where he has realised his dream to be a doctor when he grows up. GEF delivered Christmas presents in 2017 and the smile could not be wiped from his face, he has one of those infectious smiles and is very polite. Peter’s Grandmother is always laughing and very welcoming to visitors, she has a very outgoing character and is ecstatic that they now have a new home built by GEF thanks to Peter and Lynn’s efforts. 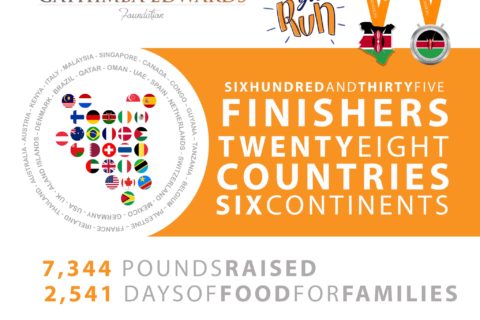