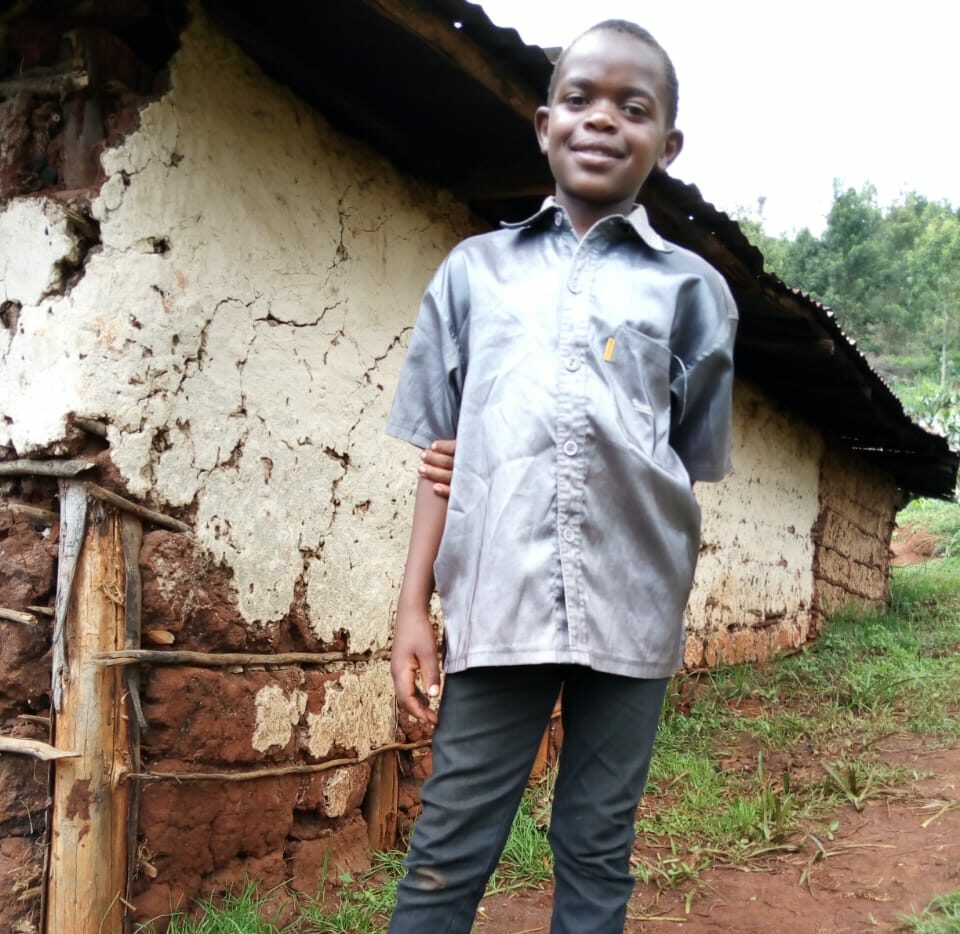 Until recently David's father, Charles was employed as a herdsman for 15 years on a farm where their family also lived. Unfortunately, his employer decided to move back into the property. In doing so evicted the family whilst also releasing Charles from his job. This left the family with nowhere to live, other than their own plot of land which had no shelter.

Their challenging situation resulted in the local community fundraising and building a small house for them. GEF's Gideon and Kevin supported the effort and were amazed by the goodwill on show from many people, including the local MCA (Member of County Assembly). They are now safe in terms of shelter and in December 2020 we were able to provide them with beds, mattresses and bedding. However, the children face a bleak future without education due to their lack of income.

Thanks to donations at Christmas time we were able to pay David's school fees for January, along with the fees of 5 other children on our waiting list for support. With the support of a monthly sponsor we would be able to ensure that David is not sent home from school again, is provided with books, uniform and shoes and has the chance to complete his education.

If you are interested in sponsoring David please get in touch today.

Support us while you shop